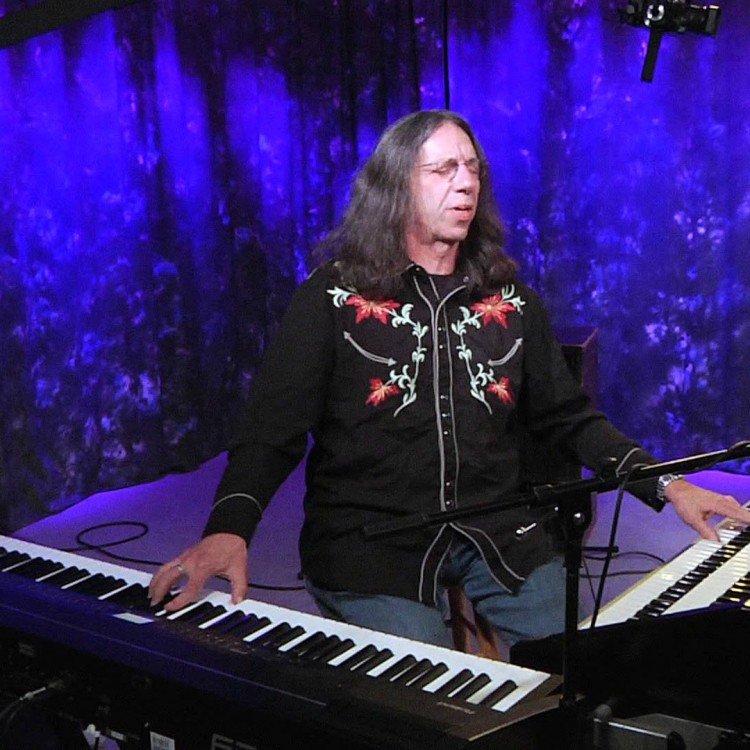 BRUCE KATZ has many angles and influences, occupying a unique space where blues, “soul-jazz”, jam-band rock, and all aspects of Americana Music collide into a style of original music all his own. He is equally comfortable playing early “stride” and boogie woogie piano as he is playing Hammond B-3 Organ and rock.

Over the past thirty years, Bruce has been an in-demand sideman as well as leading his own band.
He has played and recorded with many of the leading names in blues, jazz and roots music, appearing on over 70 albums with artists such as Ronnie Earl, John Hammond, Delbert McClinton, Duke Robillard, Joe Louis Walker, Little Milton, Maria Muldaur, Jimmy Witherspoon, Mighty Sam McClain, Debbie Davies, David “Fathead” Newman and many others.

Bruce Katz was honored to be a 2008, 2009, 2010 and 2015 Nominee for the Blues Music Award (W.C. Handy Award) for “Pinetop Perkins Piano Player of the Year”, selected by the Blues Foundation of Memphis, TN. He was also nominated in 2015 for the Living Blues “Outstanding Musician (Keyboardist)” award.

He played with Ronnie Earl and the Broadcasters from 1992-1997, appearing on 6 CDs with Ronnie including “Grateful Heart”, which won the Downbeat Award for “Best Blues Album” of 1996. In 1998 Bruce began concentrating on the Bruce Katz Band, touring the U.S. and Europe many times and has released 7 CDs, including the most recent one, “Homecoming”, on the American Showplace Music label (2014).

Besides performing, Bruce has been actively teaching as well. He was an Associate Professor at the Berklee College of Music from 1996 – 2010, teaching Harmony, Hammond B3, piano and Blues History. He currently teaches privately from his studio in West Shokan, NY and conducts master classes at clinics and festivals world wide.

Bruce has a lengthy background in classical piano. After hearing a Bessie Smith record when he was 10 years old, he started teaching himself blues and early jazz on the piano. He then heard boogie-woogie and swing music and began his musical journey into more aspects of jazz and American roots music.

In 1992, Katz debuted his first solo album, “Crescent Crawl”, on the AudioQuest label. He released “Transformation” the following year. In 1997 the Bruce Katz Band began touring the U.S. and Europe.
Bruce’s 2008 CD, “Live! At the Firefly” (Brown Dog MusicNizztone) , was received with critical acclaim. The CD rose to #11 on the National Living Blues Radio Chart, and received substantial play on XM/Sirius Satellite Radio. In 2014, Bruce released his album “Homecoming” on the American Showplace Music label. Bruce has also been the subject of a film documentary, and features in many leading blues and jazz magazines the world over.